This extract is from the revealing new book, Beginning to End: Our Universe Inside Out, by science writer Peter Spinks. 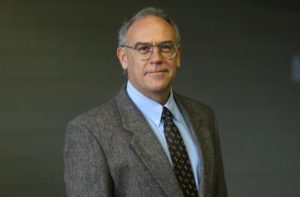 Once confined to the speculative realm of science fiction, black holes are now very much a part of science fact. These remarkable regions of space, resulting from the gravitational collapse of a star, are surrounded by such strong forces of gravity that nothing, not even light, can escape their clutches.
Despite the irresistible gravity of black holes, gas and other gunk circling them every so often give off vast quantities of light and energy as the material gets devoured. Astronomers pick up these signals using special telescopes that detect the energy as waves of light, radio emissions or X-rays.
As the holes swallow matter, gravitational energy is extracted and released. That is why jets of the hot gas immediately outside black holes shows up in telescopes as quasars, which emit more energy than 100 giant galaxies and dominated the universe billions of years ago. To understand what makes black holes turn their jets on or off, and what types of black holes have the most powerful jets, teams are studying nearby stellar black holes, using the Australia Telescope Compact Array and X-ray telescopes.
An even greater contribution is beginning to come from an auspicious new generation of radio telescopes developed by the CSIRO: namely, the Australian Square Kilometre Array Pathfinder (ASKAP) and the Murchison Widefield Array (MWA), both of which are located near Geraldton in Western Australia.
ASKAP is making unprecedented maps of the southern sky, revealing the presence of jets in millions of distant black holes and quasars. The MWA allows astrophysicists to scrutinise vast interstellar clouds of neutral hydrogen, the universe’s most abundant element, that date from when the universe was about 500 million years old.
Those clouds also exist today and are still collapsing to form new stars, although they were much more abundant when the universe was 500 million years old. Much of that gas has been converted into stars since then – or has been ionised by stars. Star formation today, in fact, is a mere trickle compared to what was going on then. The MWA will observe only those in the distant universe which gave rise to the first generation of stars.
ASKAP and MWA are the first elements of a grand suite of new radio telescopes, collectively known as the Square Kilometre Array (SKA) and scheduled for completion over the next decade. The SKA’s various components, distributed between Australia and South Africa, will scan the furthest horizons known to cosmology.
They will also work wonders much closer to home. Among other things, the instruments will image, in great detail, the surfaces of other planets in our solar system. 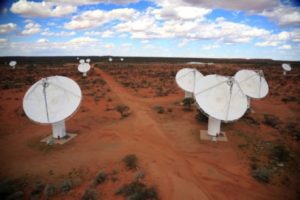 Radio observations of the rocky planets will help determine the composition of their surface and sub-surface structures. This will also help to unravel the structures of the larger ice moons of Jupiter and Saturn.
The SKA will also allow scientists to detect lightning-type activity in the clouds of gas giant planets and to determine the composition of their atmospheres. And, as if that were not enough, it will allow them to interpret the radio emissions from Saturn’s enigmatic rings.

Beginning to End: Our Universe Inside Out

In a nutshell, this book explains how the universe began, what it’s up to at the moment, and what the far, far future holds.
Available now on Amazon as an ebook or in paperback (ISBN: 9798549011915).
Inquiries: science-writing@inbox.com or call 03-54291437 (business hours, Monday-Friday) 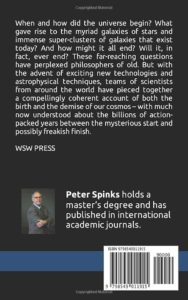