As well as working together at CSIRO, the 20 books that they had written together in their spare time gave them an inkling that they could form a successful professional partnership.

Based in the beautiful 1859 Royal Society of Victoria building in La Trobe Street, Melbourne, the company has completed more than 110 projects. Their clients include government, universities, CRCs, professional societies, and industry. They have prepared reports and brochures, books and websites, videos and animations and have even done comms work in Thailand and India.

Scientell employs a science communicator and has sub-contracted work to more than 20 people, including former CSIRO colleagues. 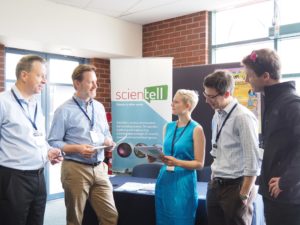