In the late 1930s and with the possibility an upcoming world war looming the CSIR Division of Aeronautics was one of three new Divisions created by our organisation as the first extensions into the field of secondary industries.

The other two Divisions being the National Standards Laboratory and the Division of Industrial Chemistry.

Work commenced at Fishermen’s Bend, Victoria in August 1939 and three buildings were ready for occupation in April 1940. These buildings were the administrative block, a workshop block of seven bays and a power station. Although upon its opening the Division had not yet received the main initial equipment, it nevertheless was already actively engaged in studies of various problems confronting the Australian aircraft industry. The Division of Industrial Chemistry was built next to Aeronautics.

The Division of Aeronautics was divided into four areas of research. These Sections being Aerodynamics, Structures and Materials, Engines and Fuels, and Instruments.

The Aerodynamics Section appointed G.N Patterson, an experienced aerodynamics researcher, as Officer-in-Charge whom had arrived from England in July 1939. With his assistant Research Officer T.F.C. Lawrence they quickly engaged on the design of a wind tunnel and other equipment for aerodynamic research. The design was completed by June 1940 but due to this equipment being highly specialised and unavailable commercially it was required to be individually manufactured.

Before placing manufacturing requests, a one-eight scale model of the wind tunnel was constructed at the Engineering School of the University of Melbourne with tests conducted to check the design. The aerodynamic efficiency obtained during these tests exceeded expectations and orders were then placed for the full sized version of the wind tunnel to be manufactured. 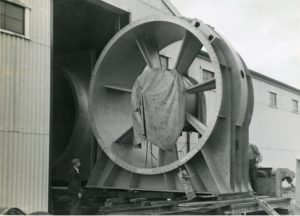 While awaiting the construction of the wind tunnel Professor Burstall of The University of Melbourne gave access to the University’s wind tunnel to allow the Division to start investigating certain aerodynamic problems of immediate importance for the defence of Australia.

The largest item to be built was a welded steel shell of the wind tunnel that was 105 feet long and 44 feet wide with a maximum cross section of 14 feet high by 18 feet wide. This shell was built by the Kelly & Lewis engineering firm in Melbourne. The airscrew and the 550 horsepower electric driving motor and the Ward Leonard control gear was constructed in England while the aerodynamic balance to measure the forces and moments on models being tested was made by an engineering firms in Melbourne to the design of the staff of the Aerodynamics Section. 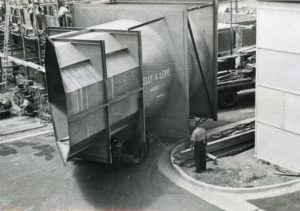 To assist in the design of high speed military aircraft in Australia a new method was developed in obtaining high air speeds with low turbulence that was to enable speeds of about 400mph (640km/hr).

The wind tunnel became operational in 1941 and throughout the war years (and afterwards) it became an extremely important research asset and played a leading role in the development of Australian designed aircraft for the war effort. Although its findings and innovations filtered through to the commercial aviation industry, the wind tunnel was mainly recognised for its wartime role in providing essential services to keep the RAAF and the US Army Air Corps flying at a high level of efficiency.

In May 1949 with CSIR evolving to become CSIRO, the Division of Aeronautics was removed from CSIRO’s research role as the 1949 Science and Industry Act did not permit the conduct military and defence research. 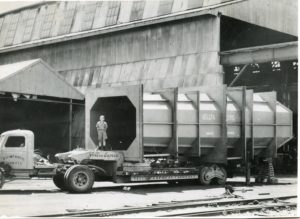