Former CSIRO scientist, Paul Whitfeld, who had a distinguished career with CSIRO as a plant scientist passed away on March 16 2021. 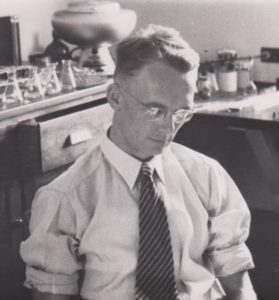 Paul was an outstanding plant biochemist and molecular biologist. After graduating from the University of Sydney in 1949 with a BSc (Hons) he joined CSIRO Animal Health in Glebe as an Ian McMaster Scholar working with Dr WP Rogers on the molecular biology of mouse malaria. He published his first paper, a single author paper, in Nature in 1952. He was encouraged to do a PhD and obtained a CSIRO Student Fellowship to study at the Molteno Institute of the University of Cambridge in 1952. There he worked with Roy Markham, FRS on plant viruses, developing the first method for sequencing nucleic acids (in this case RNA) which was later improved and extended to DNA by Maxam and Gilbert and Fred Sanger. 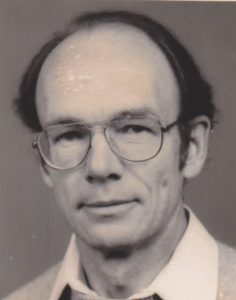 Paul was associated with CSIRO for 53 years and spent most of his career (46 years) at Plant Industry. He took study leave as a Gosney Research Fellow to work at Cal Tech in 1954 and in 1960 as a Senior Fulbright Fellow at the University of California, Berkeley. In 1968 he was a Visiting Professor at the University of Arizona with Milton Zaitlin and in 1969 he was back in Cambridge at the MRC Laboratory of Molecular Biology.

Paul’s early research was on the serious plant pathogen, tobacco mosaic virus, which he regarded as a source of a very high molecular weight nucleic acid that was homogeneous and therefore an ideal substrate for his meticulous approach to biochemistry. He even determined part of the RNA sequence, albeit a short sequence, which was a major achievement at the time.
Paul went on to show that pancreatic ribonuclease and spleen phosphodiesterase were not just hydrolytic enzymes but could also catalyse the synthesis of oligonucleotides.

The majority of Paul’s career was devoted to understanding the molecular biology of chloroplasts. The CSIRO team at Plant Industry that worked on chloroplasts was of a critical mass and became very well-known and included Paul’s close colleagues Don Spencer and Rick Bottomley as well as John Kirk, Hal Hatch, Jan Anderson and Keith Boardman. The team grew further as younger scientists were appointed and high-profile visitors were attracted to spend their sabbaticals in Canberra. Paul was a central member of this world leading group that was instrumental in defining the chloroplast genome, showing that it was prokaryotic in nature and that it replicated its own DNA. Among many discoveries, Paul provided great insights into the complicated processing of multi-cistronic transcripts in chloroplasts and found introns in genes where none were expected.

Paul was a model ’scientific citizen’ and was on the Editorial Board of Plant Molecular Biology for nearly two decades. He was a foundation member of the Board of the International Society for Plant Molecular Biology. He was also a member of the Recombinant DNA Monitoring Committee, an important precursor of the OGTR which regulates GMOs in Australia. He also served for five years on the Australian Research Grants Committee, the forerunner of the current ARC. He was for many years, treasurer of the Australian Biochemical Society (later ASBMB).

Paul built a wide international network and was a much sought after invited speaker at conferences especially in Europe and the USA.

Paul Whitfeld epitomises the quiet achiever and is one of CSIRO’s unsung heroes. He was a familiar figure on his daily bike ride: rain, hail or shine. He was a mentor to many, long before this term became widely used and would go to great lengths to demonstrate techniques if required, generously giving his time. Although Paul was very shy, he was interested in people both at a personal and professional level and was a fixture at the Friday afternoon Happy Hour interacting with staff at all levels. He could always be counted on to lend a sympathetic ear to your concerns. We will miss his friendly critiques of our work and his gentle dissection of our ideas that were half baked until he had a good go at them. A great loss as a friend and colleague.